Skip to content
Home » African Cultures » What Do you Know of the Hadzabe Tribe of Tanzania?

The Hadzabe or Hadza are an indigenous ethnic group. They live in northern Tanzania near the central Rift Valley and the Serengeti Plateau. Their number is estimated to be under 1000.

The Hadzabe tribe is one of the last hunter-gatherer tribes remaining in the world. One fascinating thing is that their way of living has not changed much over the last 10,000 years!

The first noticeable thing about the Hadzabe people is their language. Their native tongue consists of clicks and pops.

Some linguists have suggested that the clicking sounds are a way for the Hadza people to communicate with each other while hunting. The clicking sounds have little effect on the animals as compared to human voices, which tend to spook the wildlife.

The first noticeable thing about the Hadzabe people is their language. Their native tongue consists of clicks and pops.

Some linguists have suggested that the clicking sounds are a way for the Hadza people to communicate with each other while hunting. The clicking sounds have little effect on the animals as compared to human voices, which tend to spook the wildlife.

The Hadza tribe lives in a communal setting of 20-30 people called a camp. There is no tribal hierarchy, and no leader within the community. The Hadzabe people are monogamous.

When there is a conflict between individuals, the dispute gets resolved by the departure from the campsite of one of the individuals!

During the dry season, the Hadza tribe lives in very basic shelters. Their homes are made up of branches, and it only takes a few hours to build.

However, during the wet season, the tribe moves into nearby caves.

The Hadzabe people live a simple life, with little individual possessions. When it is time for them to relocate, this is done very swiftly, as they can carry all of their possessions on their backs.

The British, and later the Tanzanian government tried to make the Hadzabe people settle down permanently. However, all of their attempts have failed. These bushmen are no farmers, and they are not accustomed to taking care of livestock or growing their food.

The Hadza tribe usually stays for a while in the dwellings provided to them. They always end up going back to their old ways: hunting and foraging.

These settlements also brought with them one big problem: diseases. The Hadza people are especially prone to infectious diseases. Unfortunately, by living in these villages, outbreaks of diseases erupted. As a result, many people died, mainly children from measles.

Because of their isolation from the rest of the world, the Hadzabe tribe has not been exposed to HIV/AIDS as opposed to other tribes in Tanzania.

The Hadza people are very skilled hunters and foragers. They rely solely on the bushes for their subsistence.

These bushmen adjust their diet with the seasons. During the wet season, their diet includes honey, baobab fruits, berries, and tubers. They do not eat much meat because their availability is limited.

However, during the dry season, the meat becomes the main dish with honey, berries, and tubers. The reason for this change in their diet is quite simple. As there is a larger gathering of animals around water holes, this increases the availability of the meat!

As with many societies, there is a division of labor in the Hadzabe tribe! The men are in charge of hunting, and gathering honey, and baobab fruits. The women bring home the berries, the tubers, and also, the baobab fruits. Usually, a man will accompany the women on their foraging excursions.

The Hadza tribe consumes honey all year round. The technique used to retrieve the honey from the hives of wild bees is quite ingenious!

Once the communication is established, the bird will take the hunter to the beehives. The man will reach the hive by climbing the tree, and the wild bees are smoked out. The honey is retrieved by the hunter while the bird gets the wax and the bees as a reward!

The hunting technique used by the Hadza tribe has not changed much over the last few hundred years. The men usually hunt alone, except during the dry season, when they will hunt in pairs.

They use bows and poisoned arrows to kill wildlife. The poison used is made from the branches of the shrub called Adenium coetaneum.

When the hunters kill a small animal, such as a squirrel or a bird, they cook and eat their catch on the spot! When they kill a medium-size animal such as a baboon, they will bring it back to their camps and share it with the others.

If the hunters kill a big mammal (giraffe, zebra, buffalo, or wildebeest), instead of moving the animal to the camp, the camp move to the kill site!

Most of the Hadza people nowadays, wear western clothing, such as shirts and shorts. There are still some members of the tribe that dresses in a more traditional way by wearing dried animal skins wrapped around their body.

The Hadzabe tribe doesn’t believe in an afterlife and doesn’t follow many rules. Still, the Hadza people think that illnesses are due to the violation of the few rules they have in place.

One very famous ritual is the epeme dance. This ceremony occurs on moonless nights after the men have eaten what they called epeme meat. The men put on a ceremonial costume (a cape, a feather headdress, some bells on their legs, and a maraca). Then, one at a time, they dance and sing in front of the women while shaking the maraca.

Another ritual is the Mai-toh-Ko or “female puberty initiation”. In this ritual, all the pubertal girls are covered with animal fat and wear beads as ornaments. Equipped with a fertility stick, they will chase the boys and try to hit them.

Nowadays, the Hadza people trade with their neighboring tribe, the Isanzu. The items involved in the trade include meat, animal skins, honey, marijuana, tobacco, maize clothes, cooking pots, and a few scraps of iron.

The Hadza people are quite conservative, and they live in remote areas in northern Tanzania. Modern civilization hasn’t influenced them. Their way of living remained unchanged for the last thousand years. The Hadzabe tribe is one of the last remaining tribes that still hunt and forage for their subsistence.

Journey back in time through a visit to the Hadzabe tribe. A unique experience that will give you a new perspective on life!

If you have any questions about the Hadza tribe of Tanzania or would like to share your thoughts about the African people, please leave a comment below. I am looking forward to hearing from you! 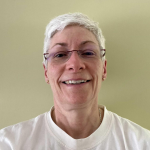 6 thoughts on “What Do you Know of the Hadzabe Tribe of Tanzania?”