Nature enthusiasts, adventure seekers, are you looking for a challenge that will test your limits? Then, Mount Kilimanjaro is the destination of choice.

Mount Kilimanjaro is for many climbers the hike of a lifetime, so failure is not an option! You need to get acquainted with some facts about Mount Kilimanjaro before you undertake your trek.

Each year, about 15,000 people attempt to reach the summit and the overall success rate is about 65%.

The Uhuru Peak is the highest summit of the mountain and is on the Kibo cone. Several climbing routes on the Kilimanjaro will lead to the Uhuru Peak.

One concern that climbers face when hiking to high altitudes is altitude sickness, also known as Acute Mountain Sickness (AMS). You must familiarize yourself with the symptoms of Altitude Sickness before your expedition. Hence, you will know what to look for, enabling you to take action and avoid any health issues.

The Altitude sickness happens at high altitude when you cannot get enough oxygen from the air. The most common symptoms are headaches, trouble sleeping, shortage of breath, loss of appetite and hypothermia.

Altitude acclimatization refers to the process that allows your body to adjust to a lower concentration of oxygen at high altitude. The inability to acclimatize yourself to high altitude could lead to altitude sickness.

To help you acclimatize yourself to the high altitude, climbing experts recommend: 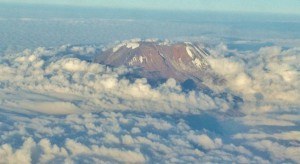 The Kilimanjaro offers a huge physical challenge to anyone wishing to climb to the summit.

So, before making the trek of your life, get in shape! Enroll in a training program at least six months before your trip. Your training program should include challenging hiking excursions and also workouts on a stair-climber. Build up some stamina and some muscles!

To improve your odds of reaching the summit, book a longer excursion, typically 7-9 days. Don’t let your eagerness of reaching the summit quickly get the better of you! While a shorter trip will translate to a cheaper trip, the success rate is low. You need, in general, at least 6-7 days to acclimatize to the high altitude. Better acclimatization will significantly increase your chances of success.

Finally, if you want to achieve your goal of climbing to the summit of Uhuru Peak, you ought to pace yourself! This journey is not a race to the top!  Ascend slowly and steadily.

There are seven established routes available for climbing to the Uhuru Peak. The ascent to the summit begins at midnight, so trekkers reach the rim of the crater at sunrise.

The Northern Circuit Route is the longest route to the peak of the Kilimanjaro and is a challenging climb. It will take you nine days to reach the top, giving you ample time for acclimatization. As a result, the success rate is among the highest of all the climbing routes of the Kilimanjaro.

You approach Mount Kilimanjaro from the West. You begin your trek on the Lemosho trail up to the Lava Tower, and then you head north by going around the mountain. You descend through Mweka Route, which is used solely for going back down from the mountain. The Northern Circuit is the newest route, therefore, not much traffic. This trail offers scenic views and is gaining notoriety as being the best route on Mount Kilimanjaro.

The Lemosho Route on the west side of Mount Kilimanjaro is the preferred trail for many climbers. Although classified as being difficult, the success rate is high. The climb to the summit is usually done in 6-8 days, which leaves enough time for acclimatization. The Lemosho Route encompasses spectacular landscapes ranging from gorges to rainforests. The Mweka Route is used to descend from the mountain.

The Rongai Route is the perfect choice for climbers with little backpacking experience.

This trail encounters little traffic. Therefore, this route is an excellent alternative to the very crowded Marangu Route.

The Machame Route is also known as the “Whiskey Route.” This trail is the second most popular climbing route on Mount Kilimanjaro. This route offers a challenging trek and is best suited for fit climbers. Machame Route approaches Kilimanjaro from the south. The trail features stunning scenery by encompassing five different ecosystems. However, there is a high volume of traffic, which could be less appealing for some climbers.

The Shira Route is a steep trail and is the only route that has a starting point at high altitude. You drive up to the Shira Gate located at 11,500ft (3500m), where you begin your trek. By driving to the starting point, instead of walking, you are more likely to suffer from altitude sickness because of the lack of acclimatization.

The Marangu Route is the preferred choice of the inexperienced, unprepared climbers since it is classified as an easy route. The failure rate for this trail is 65%, the highest of all the climbing routes of the Kilimanjaro! This high failure rate is partly due to the lack of preparation and the inexperience of many climbers. Another contributing factor is the lack of opportunities for acclimatization. The Marangu Route is among the shortest routes, which doesn’t allow enough time for acclimatization.

The Umbwe Route is the least popular of all and offers quite a challenge. Only very experienced climbers should attempt to reach the summit through this route. By far, this is the hardest route on the mountain which is reflected by the very low success rate. This trail is the shortest, and the most direct way to the Uhuru Peak. The climb is very steep and very demanding. Therefore, you need to be physically fit with no serious health issues to trek on the Umbwe Route.

Ready to Stand on Africa’s Roof?

Now that you know how to reach the summit of the Kilimanjaro, which climbing routes are you going to pick? Personally, I would opt for either the Rongai Route or the Lemosho Route. Do you agree with my choices?

To improve your odds to reach the Uhuru Peak successfully, get fit! Also, select a climbing route that allows you ample time for acclimatization to avoid altitude sickness.

Are you ready to stand on Africa’s roof? If so, read my full review of the best climbing routes of the Kilimanjaro, here.

If you have any inquiries about climbing the Kilimanjaro, please drop me a line below. I would love to hear from you!

The Ultimate Guide to Climbing the Kilimanjaro for Charity

Amazing Facts about the Zebras – Who Painted the Stripes?